Just a few days ago, Hyundai presented the prototype Grandeur Heritage EV, a restomod with which the Korean brand pays tribute to one of its most iconic models on its 35th anniversary. Based on the first generation Grandeur, launched in 1986, this concept car modernizes its lines and brings it back to the present with a 100% electric powertrain.

Although the body of the long-lived saloon remains largely unchanged, Hyundai’s designers have incorporated details such as Pixel LED headlights, a “parametric” grille, some new rear-view mirrors and some tires neo-retro to give the car a completely new look that reminds us to some extent of some movies cyberpunk.

The company has also not skimped on the cabin, where we find a huge display that brings together the digital instrumentation and the screen of the infotainment system. Both the dashboard and the center console have been redesigned to give the interior a more minimalist touch, while the touch vintage provided by a radio steering wheel and red velvet upholstery.

At first, this prototype is a simple aesthetic exercise to commemorate the Grandeur’s birthday; However, some Korean media point out that its lines could serve as inspiration for the production version of the seventh generation Grandeur, whose arrival on the market is scheduled for the year 2023. 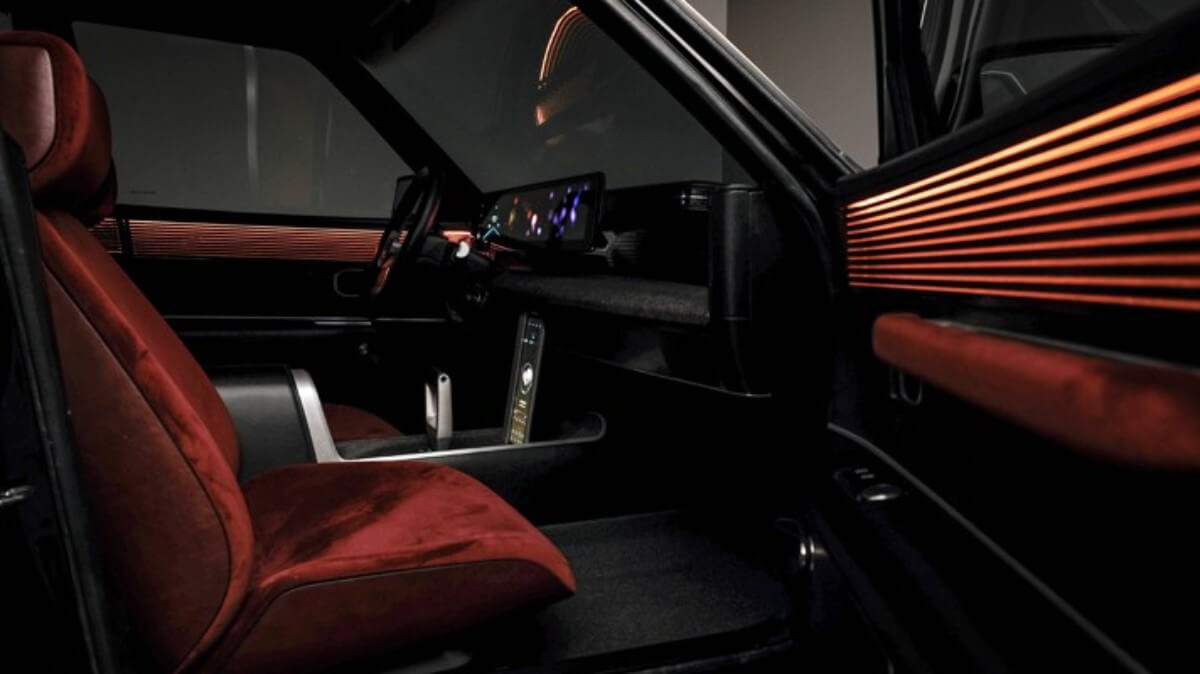 The new Hyundai Grandeur will have electric versions

Within the Hyundai range, the Grandeur ranks above the Sonata. Therefore, falls into the E segment (executive saloons). For years, the brand had two proposals in this category: the front-wheel drive Grandeur and the rear-wheel drive Genesis, the latter being more expensive and refined. With the transformation of Genesis into an independent premium brand and the Hyundai Genesis into the Genesis G80, the Grandeur will become Hyundai’s only alternative in the E segment.

Among other things, the new Grandeur is expected to reinterpret some distinctive features of its illustrious predecessor such as the optics or the separate third side window. However, the most interesting thing will be its mechanical offer, because like the G80 itself, the new Grandeur will be available indistinctly with thermal and 100% electric engines.

It is not yet clear in which markets the electric Grandeur will be sold beyond South Korea, as it is very likely that it will not be offered in the United States or in Europe so as not to overshadow the Genesis Electrified G80. In addition, the company is putting all the meat on the grill with the IONIQ 6, a saloon of similar dimensions to the Sonata that will not be based on an adapted thermal platform, but on the advanced E-GMP architecture, designed specifically for electric models. Given the low sales of sedans in western markets, it is very likely that Hyundai will decide to concentrate all its efforts on a single model, leaving the Grandeur for other regions.