Launched in 2017, the current generation of the Porsche Cayenne is the third iteration of the sporty SUV and is slowly but surely heading towards a commercial mid-cycle facelift. Based on the Volkswagen Group’s MLB platform, which is shared with other high-tech SUVs like the Bentley Bentayga and Lamborghini Urus, the current model isn’t exactly a veteran compared to its cousins, but the Stuttgart firm decided to give it a serious facelift. anyway.

Testing in the USA

A pre-production prototype of the German model was recently captured during high-altitude testing in Colorado. Despite the slight camouflage of the photographed unit, it’s fair to say that the update will be consistent in design and will give the car a nicer look both front and rear. The former will be the hardest hit as it appears to sport a slimmer set of headlights, while the bumper and grille are all new and look much more aggressive than before.

In the images that our spies have sent us, you can see an important novelty that does not affect the external aesthetics of the Cayenne, but rather a completely renovated interior that will show off a new center console and a small gear lever inherited from the Porsche 911 of the current generation. It is expected that the instrument panel will also bring changes and the same will happen with the rest of the cabin.

There will also be big changes under the hood, as most of the powertrains will be those already incorporated in the current range of the updated Porsche Panamera. The top of the range in terms of specifications will continue to be the Turbo S E-Hybrid, that is, the same version that we have in images and that will be able to offer a total of 700 horsepower, as well as a maximum torque close to at 900 Nm. Thanks to these numbers, it will be able to reach 100 km/h in just over three seconds.

The 2023 Porsche Cayenne is expected to make an official debut in early 2022. Meanwhile, we will be attentive to future developments in this regard, as well as possible leaks that may occur on the network. 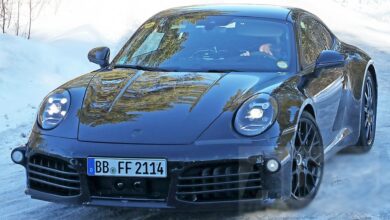 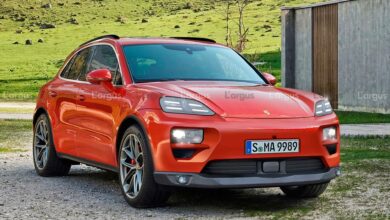